This Parrot Helped The Rabbit 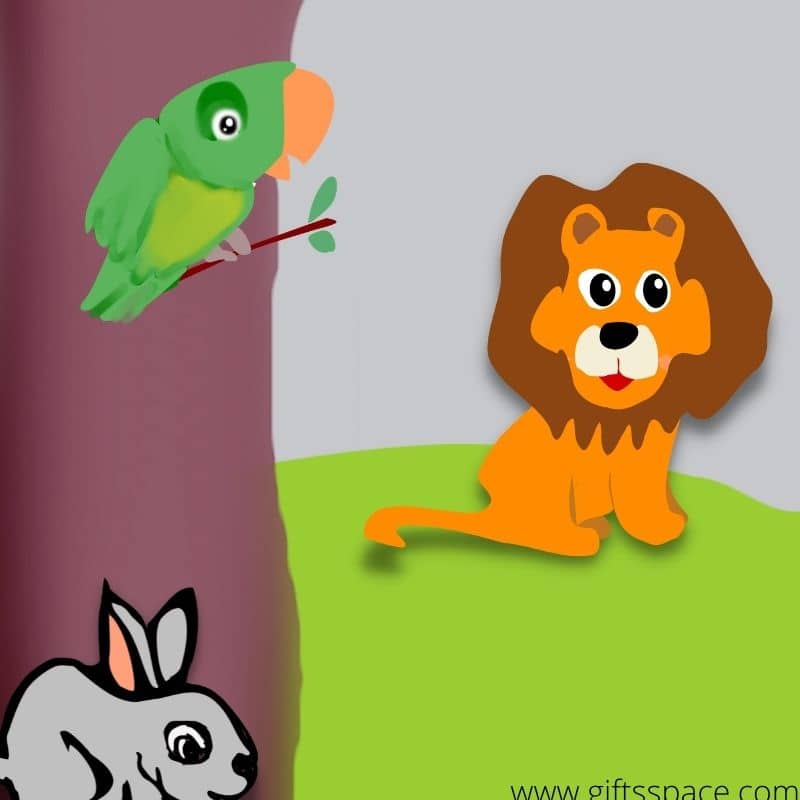 What are doing here, Mr. Lion?

One day, the parrot saw a lion sitting in a meadow. “Hey, why are you sitting in the meadow?” the parrot asked. “Nothing, just a sunburn,” the lion said. The parrot was sure that the lion must be sitting there with a different intention, maybe the lion is there hunt?

Usually, his friend rabbit comes to play in the meadows. Parrot and rabbit were good friends, and they used to play for hours.  “If the lion sees my friend, he will eat my friend. I have to sit here to warn my friend,” thought the parrot.

He waited on the branch of the tree for his friend. After some time he saw his friend was coming. The parrot signaled the rabbit to hide on the side of the tree. The lion waited for some time and found that it was a waste of time sitting there. So the lion disappeared into the wild.

After the parrot ensured that the lion was gone, he asked the rabbit to come out of his hiding place. “You are a smart bird. Thank you for shielding me,” the rabbit said. “I must do so. It’s my responsibility as your friend to save you from dangers. Now let’s play,” said the parrot, and they began to play. 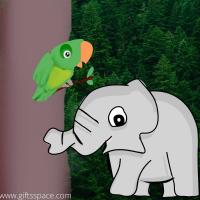 Happy Elephant And The Parrot