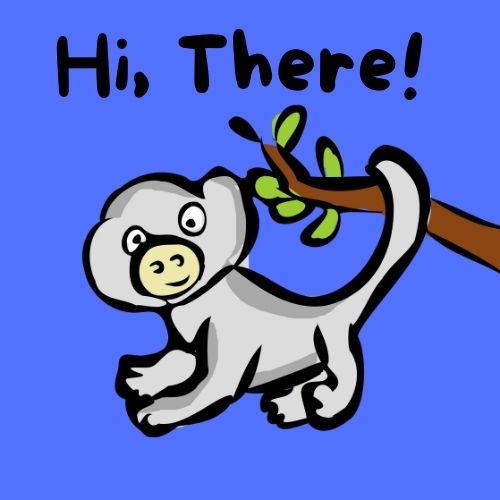 Where is the news?

“Hey, what is happening here?” the monkey reporter was curious about what he saw on the ground. There were big elephants who were fighting each other. Hanging from the trees, the reporter reports every sort of news he captures!