Peggy Got A New Home

Peggy, here is your new home!

“Hey Peggy, come with me. I have a big surprise for you!” said the girl. The girl took Peggy to the backyard. The surprise gift she got was a new home for Peggy. The dog couldn’t suppress her happiness. She ran around it and was very excited about it. She liked everything about her new home. It was built on wood, strong and can accommodate a big dog family.

It was a dream come true for Peggy. Soon, she will have puppies. Peggy was very much worried about her present house, whether it can accommodate the new members. But now all her worries vanished, she smiled at the girl and thanked her with the waving tail. The wooden house had everything a dog carves. The interior had enough room for her future family.

After a few days, Peggy became a mother. She delivered two beautiful puppies.  Everybody was happy about the new dog family. The girl came to see new puppies and gave them gifts. She took photos of the puppies. Peggy had a beautiful smile on her face. 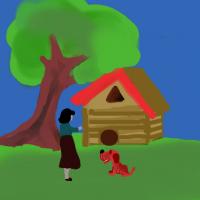 Peggy Got A New Home

The Brave Deer And The Confused Lion 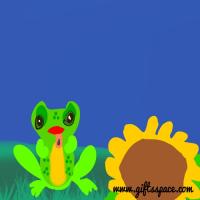 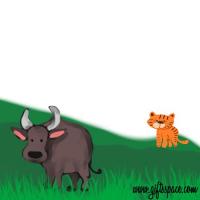