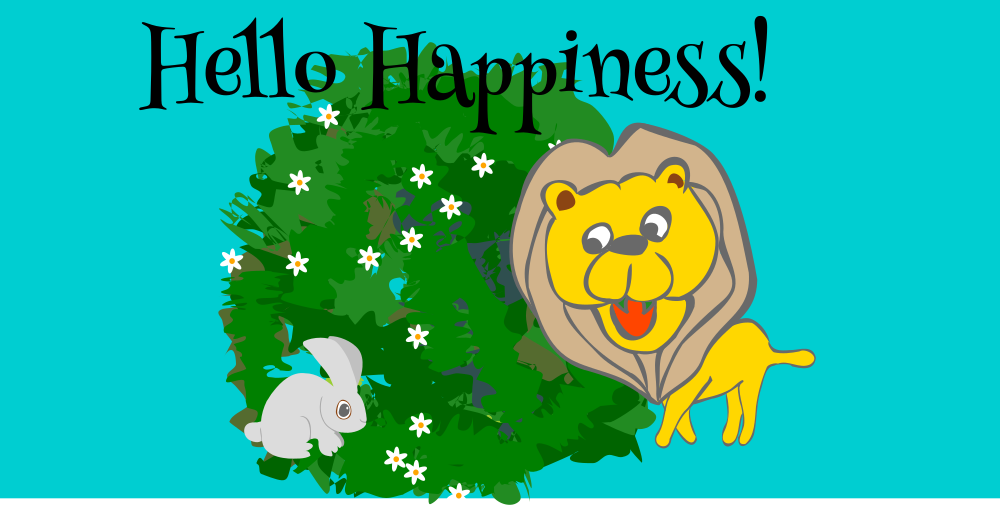 “Today also, it is no different. It would be a hungry day for me,” the hungry lion whispered to himself.

“Where are all these animals gone hiding,” the lion wondered. The hungry lion was frustrated about not getting any animals to hunt for the past few days.

“Wow, what is that moving around the corner?” What the lion saw was a fat rabbit, jumping here and there.”

Without making any sound, the lion got near the rabbit.

Curious About the Red Nose

The rabbit was frozen out of fear, and he couldn’t move when he saw the lion very near. It was totally unexpected for him. What to do now?

But the rabbit was a smart one, and it decided to play a trick on the lion to save himself from the lion.

“Hey, Mr. Lion, what happened to your nose? I can see it turned red!” the rabbit said to the lion showing his concern over the lion’s health.

“What nonsense are you talking about? My nose is perfectly alright. In fact, everybody admires my nose for its beauty,” the proud lion said. “No, sir, I am telling you the truth. Others must be lying because they fear you. I see that you have red nose syndrome. I am sorry to say this, but I have heard stories that lions turn their noses red before they die,” said the rabbit.

“You might be right. Now I feel some itchiness in my nose. I must rush to consult my doctor right away. Thanks, buddy, for telling me the truth,” said the lion. The lion felt something wrong with him, forgot about his hunting, and hurried for the monkey doctor. The rabbit heaved a sigh of relief as he had a narrow escape.