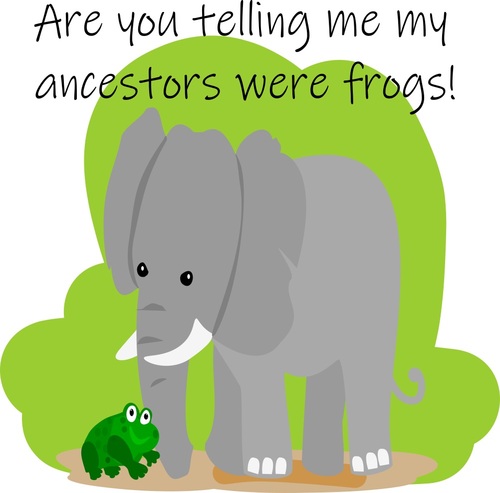 Breaking News! A scientist frog who tried to explain the theory of evolution to an elephant got thrashed under his foot. This was a picture taken just before that tragic event.

The scientist frog was living in a nearby pond. He thought he knew everything under the sun. It was his habit to exhibit his knowledge in front of others. The elephant was a new comer to the pond in search of some water. Frog was trying hard to explain his dumbest theories to that dumb elephant. The thirsty elephant desperately needed some water to quench his thirst, but was disappointed to find there was not enough water in the pond, rest is the breaking news.