Frog And The Missing Baby Duck

It was a great day, the spring has arrived which made all the animals were happy. Flowers were smiling at the birds and bees, green meadows called the deer offering them fresh grass, and rivers flowing calmly! The baby duck in the pond also was too happy to see the new world around him. Everything he saw excited him. The curious baby was after everything.

“Hey, baby, you are going too far from your mother,” the frog screamed at the baby duck. He was following a fish and didn’t hear the frog. The fast-swimming fish took the baby duck beyond her mother’s vicinity, and to the river connected to the pond. A few minutes later, a frantic duck mother came swimming fast looking for her missing baby. She asked the frog whether he saw her baby. “Yes, I saw him following a fish and warned him not to go far away, but he didn’t hear me. But don’t worry, I will help you out in finding your baby. I know which direction he has gone,” said the frog. “The frog jumped upon the duck back, and the duck swam as fast she could. The frog navigated her like a captain of the ship. Soon they saw the baby duck stranded between the rocks crying for help. When he saw the duck’s mother, he was happy. The duck mother and the frog helped the baby to come out of the rocks. Then went back to the pond. The mother thanked the frog for his timely help.

The cute dog is missing something! 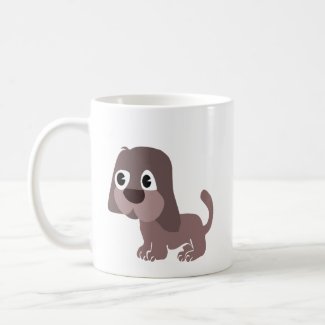 Cat And The Duck Story